Spring in the air and the streets

AsemconnectVietnam - The spring atmosphere is overwhelming Hanoi’s streets, from downtown to the outskirts.

The spring atmosphere is overwhelming Hanoi’s streets, from downtown to the outskirts.

In the heart of the Old Quarter in downtown Hanoi, one can find a traditional flower market which will stay open till the last day of the lunar year (January 24).

The market takes place every day between 8am and 10pm, offering bonsai kumquat plants, fresh flowers, fake antiques and various other decorations.

Foreigners are interested in bonsai and paintings displayed at the site. (Photo: VNS)

The market introduces the heritage values of the Old Quarter and surrounding areas to domestic and foreign visitors.

The traditional flower market has been held in the area for the past century.

In the past, farmers from nearby Ngoc Ha, Nghi Tam, Nhat Tan and Quang Ba villages would take their bonsai trees and flowers to sell at the market, which only gathers once a year from the 15th to the last day of the 12th lunar month. 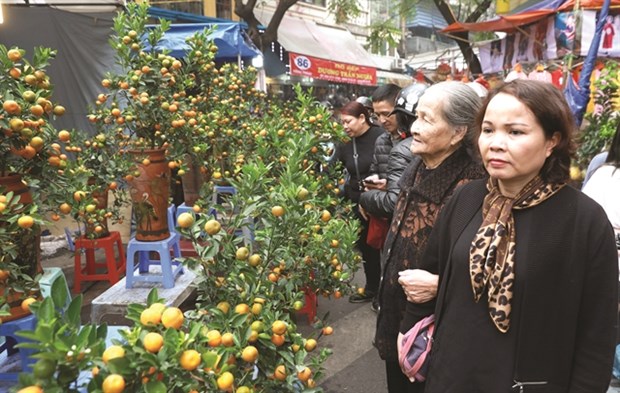 Hanoians visit the market not only for shopping but also to enjoy spring atmosphere when the lunar new year approaches. (Photo: VNA)

Only in 1947, when Hanoi was fighting against the French, did the market not gather. Even during the anti-US war, the market still gathered ahead of Tet (Lunar New Year) as a custom of Hanoians.

Since 2018, beside the traditional flower market, Hoan Kiem district authorities have hosted other festive activities on Phung Hung street, which hosts dozens of murals on the stone walls of the railway viaduct drawn by Vietnamese and Republic of Korean painters at the end of 2018, creating a cultural space for the community.

The market is a reason for people to take a walk round the area. (Photo: VNS)

The viaduct starts from the Phung Hung-Tran Phu crossroads and runs to Long Bien Train Station, passing through Phung Hung and Gam Cau streets. The viaduct is part of the historic Long Bien Bridge, built from 1899-1902 by French architects.

The cultural space is part of a pedestrian zone planned to be set up along Phung Hung street, which will offer various services for tourists.

Further from the city centre, Quang An flower market on Au Co street has been filled with peach blossoms, ochna and kumquat bonsai for nearly a month now. Flowers and bonsai trees planted from the nearby Nhat Tan Flower Village are available here.

On the outskirts of the city, flower villages are busy for Tet as well. 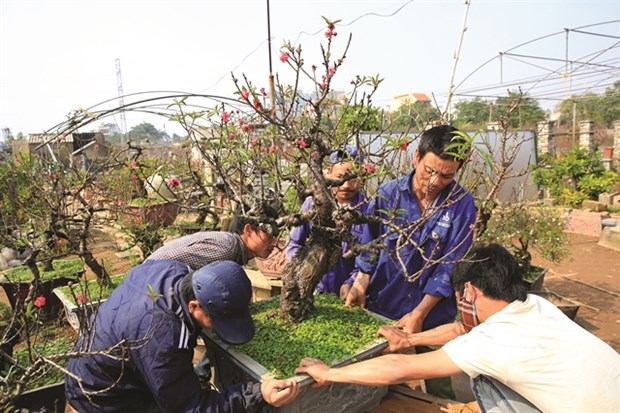 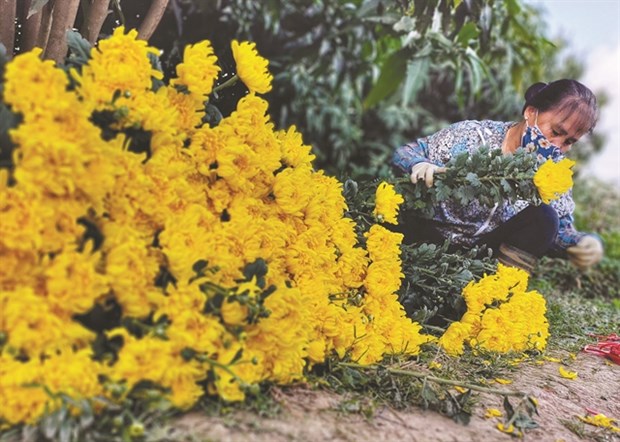 Chrysanthemum harvested in Tay Tuu Ward is ready to be sold around the city. (Photo: VNS) 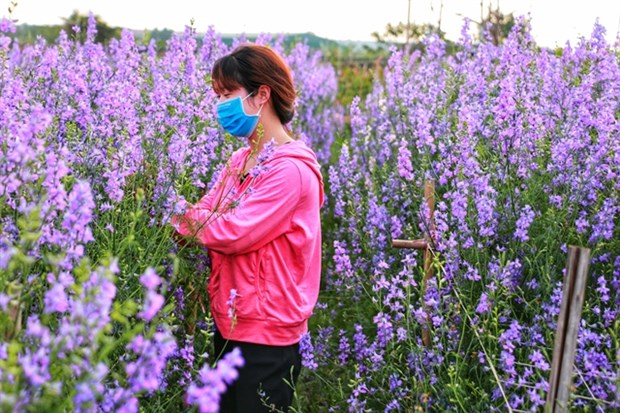 Ministry of Agriculture and Rural Development

Ministry of Agriculture and Rural Development (MARD) is a governmental agency performing state management functions in the fields of ...

Strategy of intellectual property until 2030

By 2030, Vietnam is among the leading ASEAN countries in terms of creativity, protection and exploitation of intellectual property rights

Population strategy of Vietnam to 2030

Festivals to be held nationwide to celebrate late ...

The Sen Village Festival will be organised nationwide to celebrate the 130th birthday of late President Ho Chi Minh, according to a plan ...